He’s the real deal: a muscular hunk of man that will serve you the liquid part of a meal. Watch him now in one of nearly infinite locations in fifty states and several territories!*

END_OF_DOCUMENT_TOKEN_TO_BE_REPLACED

The next Election ‘016 story is out, and you can read it on the new website here.

This is a reminder, though: In a couple days, this site will be fully replaced by the new one, and you’ll have to re-subscribe via email if you are currently following the website. Make sure you do it before then!

END_OF_DOCUMENT_TOKEN_TO_BE_REPLACED

Useless. It was all useless. It all sucked, and was terrible as well.

END_OF_DOCUMENT_TOKEN_TO_BE_REPLACED 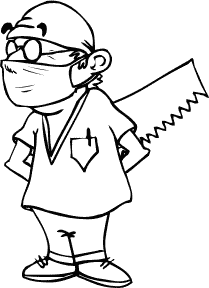 The surgeon stared longingly at the patient’s charts and let out a prolonged sigh. Heart rate? Normal. White blood cell count? Average. Any sign of blood borne illness? You guessed it. None. He hung the clipboard back on the gurney and walked out of the room, hands in his pockets. Medical science just isn’t what it used to be, he thought. It used to be fun and exciting! After you stitched up the patient, there was no telling what could happen! They could get a staph infection and lose a limb. They could get a blood clot in their leg and have to have it amputated. They could get hepatitis from the saw that I used to cut off their arm. Now it’s all “sanitize this” and “antibiotics that” and “oh no, doctor, put away the saw! We can save the leg!” Pathetic. Medical professionals these days don’t have the gumption. They’re a bunch of pussy footing nancies too hung up on saving lives to get what it’s like to be real surgeons! I have half a mind to- END_OF_DOCUMENT_TOKEN_TO_BE_REPLACED

A month or so ago, thedude, myself, and several of our friends took part in a story writing contest. The goal was to write a story in ~a week based on two randomly assigned genres, two randomly assigned plot devices, and a randomly assigned setting. My two genres were noir and post apocalyptic and this is what I came up with. It is currently a two part “serial”, but if I feel inspired I might write more stories in the same setting and/or with the same characters.

END_OF_DOCUMENT_TOKEN_TO_BE_REPLACED 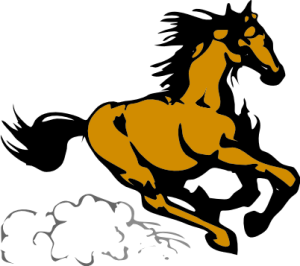 “I’m putting my bet down on Horse 7,” Jill said. The bookie looked at her with contempt, and the man behind her dropped his Diet Coke in the surprise. Several others behind her in line audibly gasped.

“Horse 7? Are you nuts?” the Diet Coke-less man asked, though from his tone it was more like an exclamation.

END_OF_DOCUMENT_TOKEN_TO_BE_REPLACED

This is a story that was written in 30 minutes sometime in the summer of 2012, based off of a joke I made with thedude3445 somewhere around that time, that I (lightly) revised 30 minutes ago to make it readable. I give you…

It is a warm summer day in the Massachusetts colony, during the year of 1744. A small child, naught older than the tender age of 2, is playing just outside a small puritan settlement. On this fateful day, his village is attacked by a tribe of Native Americans known as the Wafanoken. His entire town is ravaged by the Wafanoken assailers, he being the only survivor. As is customary for the Wafanoken in times of war, the boy is taken in by the tribe. To mark his induction into the Wafanoken, the left 1/3 of his head is scalped. This child, his Christian name now long lost, is crowned Skrillex.

END_OF_DOCUMENT_TOKEN_TO_BE_REPLACED

A group of men sat around in a loose circle of chairs about 10 feet wide, beneath scalding white florescents. They were all dressed in orange jumpsuits emblazoned with long strings of numbers, besides one man in a green turtleneck and thick rimmed glasses. The man looked down past his glasses at the list of names on the clipboard in his hand.

“Okay, very good, Michael,” Turtleneck crossed a name off the list. “Now Tyrone, it looks like it’s your turn. Please tell us a little about yourself and, if you’re comfortable, explain how you got here.”

END_OF_DOCUMENT_TOKEN_TO_BE_REPLACED

Warm, sand-laced wind cut through the air, scoring The Man’s unshaven face. The snaking dirt road stretched on toward the sheer orange walls of a mesa. A rickety, sun bleached wooden sign slowly approached on his right, the words “Casa de Blanca, 8 miles” scratched into its face. He continued on at a slightly more brisk pace in the direction that the sign pointed.

As he traveled the road began to curve, leading the Man toward the town, which was nestled in an alcove at the mesa’s base and hidden from the road until about a mile away. The term “town” was very loose in this instance, as Casa de Blanca consisted of little more than a handful buildings, most of them ramshackle wooden structures. The only building that stood out from the whithered piles of wood that dotted the village was a whitewashed adobe mission about twice as tall as the rest, built into the wall of the mesa. The Man’s gaze gravitated toward the towering fortress for a reason unbeknownst to him. He felt drawn to this… white house.