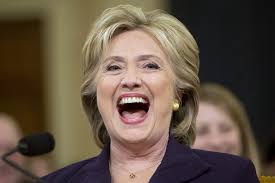 END_OF_DOCUMENT_TOKEN_TO_BE_REPLACED

The one-tenth of the one percent must fall.

That was the single most important phrase that Jesse and his fellow comrades-in-arms needed to remember, to memorize, to take to heart. It was the sacred mantra of Bernie Sanders’s great army– the Sanderistas.

END_OF_DOCUMENT_TOKEN_TO_BE_REPLACED

Martin clutched the sheets hanging over his bed and pulled himself off of the floor and onto his bed. Now the sheets were spread all over the floor, but he was on his bed. Martin’s eye twitched and he rolled over on top of a pillow. He reached his unclutched arm up into the air and mimicked grabbing a lightbulb from the fan and taking it over to his face.

END_OF_DOCUMENT_TOKEN_TO_BE_REPLACED

I finally watched the 2nd Democratic debate last night and I thought I would transcribe an excerpt from it that I found to be especially moving.

DICKERSON: It is undeniable that the political situation in the Middle East, especially in Iraq and Syria, is at the least stable level it has been in a decade. Governor O’Malley, what would you do to stop the spread of ISIS throughout Iraq and the rest of the Muslim world?

END_OF_DOCUMENT_TOKEN_TO_BE_REPLACED

A man, average build, in a plaid jacket and balaclava sits on a foldout chair in middle of the room. Several locks of curly brown hair peek out from the headwear, accompanied by a bushy black mustache of questionable authenticity. He is BARTY RANDERSON. A boom box sits on the table next to him. He stares blankly at the camera for a moment before pressing the play button on the boom box. The Gremlins Theme plays.

Hiiiiiiiiii. My name is Barty Randerson, friendly protector of

END_OF_DOCUMENT_TOKEN_TO_BE_REPLACED

The pale-skinned man sprayed his face with metallic paint, and, as the men next to him cheered him on, leapt onto a nearby car in a fiery explosion of stupidity and also fire. The car was perfectly intact, because, obviously it was protected from suicide bombers. It was the President’s fucking car. They thought of shit like suicide bombing road bandits when they built cars for Presidents.

“Dammit!” Martin O’Malley shouted, slamming his fist onto his desk. The sheer force of the impact cratered the desk. “Get me a new desk, this one is wearing out!” Several men rushed in, grabbed the desk, and carried it away from the Campaign HQ control room, hopefully bringing in a new one soon enough.

END_OF_DOCUMENT_TOKEN_TO_BE_REPLACED

“Hold the gates!” Berndalf the White shouted from the highest tower of Dommu Biancu. The Hordes of Repüblikhan tore at the alabaster shell of the city’s walls and into its interior like a flesh-eating virus. Small pockets of the city watch were spread thin, fighting desperately to keep the monsters from spreading deeper into the city. As valiantly as they fought, they couldn’t hold the hordes back for long; the Repüblikhans were too numerous.

“Fight, my brothers!” Berndalf boomed, his voice echoing across the city like a clap of thunder. “As long as one of us still stands, the Repüblikhans will never take Dommu Biancu!”

END_OF_DOCUMENT_TOKEN_TO_BE_REPLACED

I’ve got to get the hell out of here. This corridor feels like it’s closing in on me, like every step I take someone is stretching it out further and the walls are getting closer and closer. I can’t breathe. It is probably right behind me, but I can’t look back. Have to keep running.

I think I see a door ahead. Finally. Please be the exit. It looks heavy and rough, like two uncarved slabs of oak were propped up in the doorway. I press against the right side of the double door, putting all of my weight forward. Please don’t be locked. I’ll die if it is locked.