Star Wars Episode VI: Return of the Jedi had so many damn aliens everywhere. From the opening scenes in Jabba’s Palace all the way to the fireworks celebrations in the Ewok Village, there’s more new creatures and weird-looking dudes than practically every other Star Wars movie combined. If you’re really cynical about it, you’d probably say that it was all a marketing ploy to sell more action figures. But I’ll be optimistic and say that, because of the success of Yoda and other special effects masterworks in A New Hope and Empire Strikes Back, ILM and George Lucas decided to go overboard with the costume and effects work and make some crazy-ass shit.

Was it a success, or did it end up cheapening the movie and making it look like an episode of The Muppets? I would definitely go with the former, though I understand those that believe the latter, to an extent. Especially in Jabba’s palace, there are so many alien creatures through Return of the Jedi that it really can be overwhelming, and because so many of them are all-new species rather than re-used ones like the prequels were able to take advantage of, there isn’t a lot of visual familiarity with many of them.

Regardless of my feelings, though, the visual designers behind Return of the Jedi undeniably went batshit while thinking up all the monsters that were in this movie. If you thought the Cantina scene in A New Hope was intense, wait until you check out:

Lord of the Flies

Steve Martin is… The Croaker

None know his name. He is known only by his callsign: “Drum”.

Kricketot. Behind him are Greedo and the only surviving member of the Cantina Band.

Only alien here is Shit-faced Shirley, but we also have appearances by Bubba Fett and truck driver Jack Burton.

Behind Han and Leia: The Trunked Menace himself, Phil

Is that… Bossk and Dengar? What the hell? I never even knew those bastards were in this movie until just now.

(Left) Six-Eyes Shirley, and also Greedo. (What’s up with Super Serious Guy in the back?)

They’re aliens too, I guess, so have at it: Herd of Banthas

Partially obscured on the right: Tuski

(From left to right) Ass-face, Buttface, Old Man Shirley, The Weathered One

Ass-Face, upon the moment of realization that he should have went into moisture farming

And even without getting into all those carnivorous monster-plushies that are the Ewoks, we also have on the Rebellion’s side:

Uhhh… Um… I have no idea what he’s supposed to be. What kind of animal or whatever is he supposed to be based on? I… yeah, he’s just some guy. 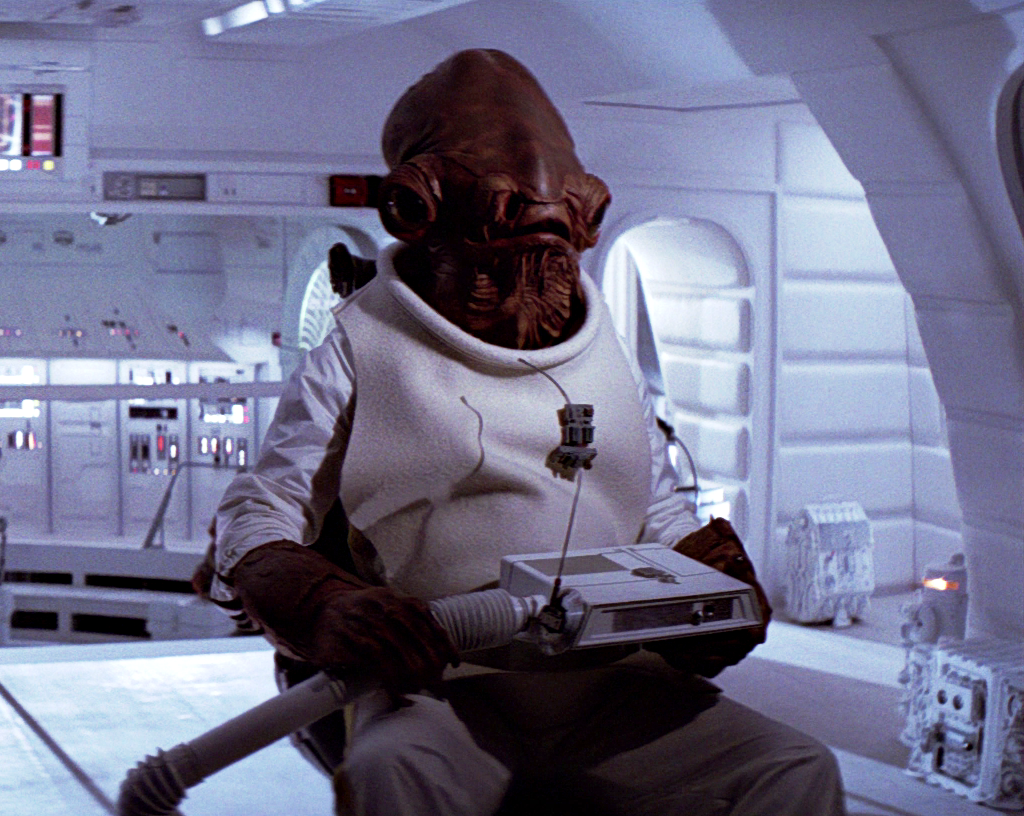 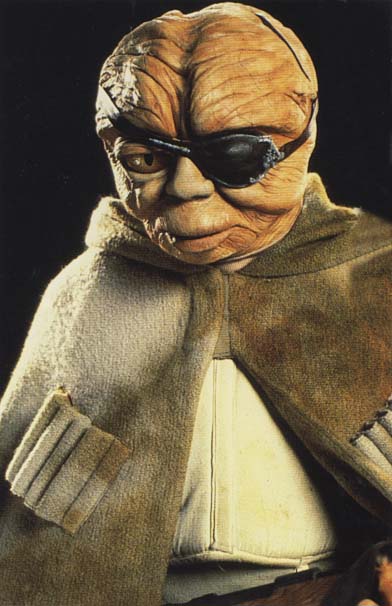 And of course, the absolutely unforgettable Prune Face.

Yeah, I forget the point I was trying to make, but there’s a lot of damn aliens in Return of the Jedi, so there.