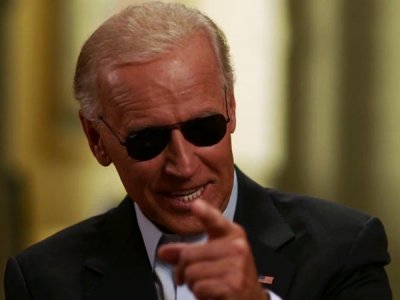 “Hold the gates!” Berndalf the White shouted from the highest tower of Dommu Biancu. The Hordes of Repüblikhan tore at the alabaster shell of the city’s walls and into its interior like a flesh-eating virus. Small pockets of the city watch were spread thin, fighting desperately to keep the monsters from spreading deeper into the city. As valiantly as they fought, they couldn’t hold the hordes back for long; the Repüblikhans were too numerous.

“Fight, my brothers!” Berndalf boomed, his voice echoing across the city like a clap of thunder. “As long as one of us still stands, the Repüblikhans will never take Dommu Biancu!”

Berndalf could see the small dots white fighting the pulsing blackness back through the arteries of the city’s streets and alleys. Berndalf prayed that the men could hold the hordes back long enough to have a meeting with the Crown Princess. He made his way up the grand staircase to the Throne Room of Ovalofice.

“Crown Princess, I beseech you!” Berndalf pleaded, standing in the shadow of the Crown Princess’ onyx throne. A handful of guards, encased in steel, stood guard between the throne room’s marble pillars. Their eyes were hidden behind pounds of metal, but Berndalf could feel the fire burning within each and every one of them. They wished for nothing more than to be fighting and dying with their brothers in the streets below.

“Hold your tongue, Berndalf,” the Crown Princess snarled, injecting Berndalf’s name with venom. “I have no time for your wizardly trickery, I am much too busy preparing the menu for my coming coronation.”

“Princess, you will not have a head for your crown to be placed upon should the Repüblikhans breach the city’s inner walls,” Berndalf clacked his staff on the monochromatic marble floor. The Princess looked up at Berndalf for a second before returning to her royal duties. “Princess Hilghazi, you must call upon-”

“You pathetic street magician!” The Crown Princess jolted to her feet, sending the pastel menus skating across the floor. “You are lucky that you are still an adviser to this house, let alone that you are still breathing! If you ever again mention his name or mine then the gods could not spare you from the hell I have in store for you!”

“I care not for your honor or your petty squabbles, Crown Princess, but I do care for the people and Dommu Biancu and the Kingdom of Americus! I will not stand idly by as the enemy breaches our walls, slaughters our women, and murders our children the second after they are birthed! I know that you will not seek help from Joe because he threatens your ascendancy, but I ask you; what good is the throne if all of your subjects are dead?”

“Guards!” Princess Hilghazi shrieked. “Take him away! Get him out of my sight!”

A circle of halberds surrounded Berndalf, but he waved them away. “I can find my own way out, thank you,” Berndalf walked toward the keep’s great iron doors, which were etched with icons of Hilghazi’s ancestors and their heroic feats. “I always said this place felt like a tomb.”

The Repüblikhans scratched at the city’s inner walls until their fingers bled. Slowly they were their way through the makeshift barricades of rubble and discarded furniture. Inside the walls, the few remaining members of the city’s garrisons relished in the moment of tenuous silence. Berndalf tended to the sick to the best of his abilities, although he was little more than a novice when it came to healing magic. Berndalf left as soon a proper medic arrived, as he found that he was of most use preparing for the inevitable moment when the walls were breached.

Captain O’Malley barked a couple of orders at one of his few remaining subordinates before resting against a piece of broken wall. Berndalf approached.

“Ho, captain. How are the men?” Berndalf asked. O’Malley just shook his head and buried his face in his hands.

“Half of them are dead. Half of the live of the live ones are in no state to fight and everyone else is in poor spirits to say the least,” O’Malley began to weep. “Berndalf, is this really the end? Cowering behind crumbling walls waiting for death to take us? I thought I would die a warrior’s death like my father and his father and-”

Berndalf put a hand on O’Malley’s shoulder. “I don’t know when you or I will die, but whether it be years from now or before your next breath, you should meet it with your sword drawn. Now, dry your eyes, your men need you to be strong.”

“Thanks…. thank you Berndalf,” O’Malley got to his feet and wiped his cheek with the back of his hand. “Is… is it true? That he might be coming?”

“I don’t know for certain. We all wish for him to come, but all we can do now is pray to whatever gods will listen and hope that he is just… waiting for the most opportune moment.”

“Aye, Berndalf. I hope he realizes how little time he has left,” O’Malley said before returning to his post. Little did Berndalf know that today would be the last he saw of O’Malley. He disappeared without a trace, few knowing his names or his deeds. Berndalf only hoped that he got his warrior’s death.

Not soon after, the barricades were in tatters, little more than piles of wood chips and pebbles. Archers were perched on the rooftops above, arrows pulled back and trained on the rattling blockade. Howls and shrieks of “deportation” and “Reaganomics” sounded from the grotesque creatures as they chipped their way through the barricade.

“Hold!” O’Malley shouted from atop a stack of boxes. “Do not let your arrows fly until you can see the flag pins on their suit jackets!”

The first well dressed, comb-over topped monster smashed through, but was greeted by an arrow between the eyes. From there they came in twos, fours, eights, the opening growing wider and wider until dozens flowed in every second, tripping over the corpses of their brothers. The archers could no longer keep up with the volume of targets, as their numbers were too few and their arrows were spread too thin.

Repüblikhans plunged farther into the heart of the city, flinging themselves on the pikes and palisades of the thin defensive line. Their bodies piled higher and higher as dozens of smooth faced boys, sword hands trembling, awaited on the other side with dread in their eyes. One of the monsters crested the wall before being beheaded by the frantic swing of one of the boy’s swords.

A horn blast rippled through the air, causing both friend and foe to stop in their tracks. Berndalf ran up the grand staircase to the top of the keep and peered out across the open planes, trampled flat and burning from several days of battle. A glint of light twinkled across a small red dot, growing larger with every passing second. The horn sounded again. There was no mistaking it; the dot morphed into the unmistakable shape of a 1996 Pontiac Firebird convertible. Soon that one red shape was joined by a thousand other, a roaring wall of pure, hot, American muscle stretching across the horizon.

“He’s here!” Berndalf threw his arms in the air. “I knew it! King Joe has returned!”

The Firebird burst through the front gate and plowed through the rivers of Repüblikhans, turning them into a fine red mist. No Repüblikhan was a match for good ol’ King Joe. The screaming hot rod increased its speed, rocketed off the grand staircase, and pulled into a powerslide in front of Berndalf the White. Joe put the car in park and jumped over the closed door before wiping his red stained aviators with the denim sleeve of his Van Halen jacket.

“Kept ya waiting, huh,” Joe said, spitting out his Juicy Fruit before unwrapping another piece. “Motherfuckers just don’t keep their flavor. Now, where’s that ol’ minx Hilghazi at? Papa Joe needs to have a word with her.”

The iron doors of Ovalofice swung open. The royal guards readied their weapons before immediately standing at attention at the familiar sight of Joe.

“Oh shit, how’re you guys doin’?!” Joe put his arms around a couple of the guards. “I haven’t seen you guys in like, forever. We should really hang out sometime, ya know? Get a couple of 40s and watch Cops or some shit. You guys like Cops? Spike TV has that shit on like 24/7. Yo, where’s Hilldog at?”

“I’m right here, Joe. Sitting in my throne,” Princess Hilghazi scowled at the gangly, 70-some-odd year old man that stood before her.

“Oh, hey babe. Would you mind making a bit of room for good ol’ Uncle Joe up there on his throne? I mean, you can skooch over some but it’d be pretty solid if you could get up and grab me a couple of buds on account of me and the boys were about to watch some Cops.”

“I will not pay heed to the shallow whims of some…. usurper! This throne is mine!” Hilghazi dug her fingers into the arm of the throne. “This kingdom is mine”

“Look, doll. I hate to break it to ya, but what’s your name again?”

“You know my name very well, you cur!”

“My name is Crown Princess Hilghazi, first of her name, and rightful heir to the Kingdom of Americus!”

“Alright, that’s about half right. And what’s my name.”

Hilghazi looked away and muttered something under her breath.

“Sorry, can ya say that again?” Joe asked, cupping his ear.

“Thanks, toots, but you can just call me Joe. Anyway, as you just pointed out, I am the king and therefore that throne is mine.”

Hilghazi sprung to her feet and stormed down the steps. “You abandoned this city to go blow a bunch of money in Branson fucking Missouri!”

“Hey, don’t talk about Branson like that! I’m sorry that some people don’t like moonshine, fiddles, and slot machines, but I’m not ashamed to admit that those Bransonites know how to throw a party. Anyway, whatever! Who cares? I’m back, baby!”

Hilghazi stomped up to Joe and pointed a finger in his face. “You listen here, I will stand here as some coked up old man steals my throne from me! I am the Crown Princess! This is my destiny! I will rule this nation with an iron fist and all shall tremb-”

Joe put his hands on Hilghazi’s shoulders and scooted her off to the side, walking up to his throne. “Yeah, it’s good to have dreams, Hilly, but you’ve gotta wait your turn! Now, run along and tell my people,” Joe hopped into his throne and tossed his feet over the arm, “that Diamond Joe’s back in the game.”