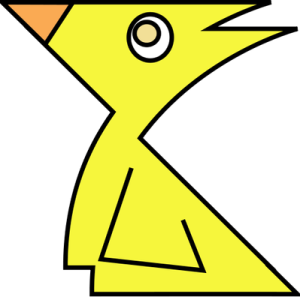 Okay, here’s the deal. Pointy-Head Chick Man? This motherfucker here? He exists. He’s both a man and a chick, meaning a) he’s intersex, like a hermaphrodite or something, b) he’s bigender, and identifies as both male and female, or c) he’s a human-chicken hybrid that is a fucking nightmare to science. We don’t know which of these things he is, because, honestly, there isn’t much to know about him.

What you see is what you get, and what you get is a Pointy-Head Chick Man. If it isn’t obvious, nobody knows very much about him. Where was he born? How old is he? Who was his first crush? What is his highest level of education? Race and ethnicity? It’s mostly all a mystery to all of us, and it doesn’t look like Pointy-Head Chick Man is too keen on filling in the details for us.

So, gotta be honest, not much story here to be told. I know you’re here expecting some tale, maybe about his sad life as a member of the LGBT+ population, or his sad life as a monstrosity in the form of an unholy fusion of human and chicken, but we just don’t know enough about him to be able to tell a decent story about him. I’m really sorry about that.

I mean, if you’ll take any content, I did meet Pointy-Head Chick Man once, a couple years back. I was at Bed Bath & Beyond, and he was there too. I saw him searching for bath salts. Maybe he’s into drugs and shit? Or maybe he’s just fine with life and wants to smell good? I don’t know, I didn’t approach him or talk to him or anything. So we don’t really know that much. Too bad, I guess.

Not enough? I can make up a story, if you want. One day, Pointy-Head Chick Man saw this guy and thought he was really hot. But it turned out that guy was actually a girl who just had a really short haircut and was androgynous from far away. It was really sad. That probably never happened, but if it did, it would have been really sad. Seriously, stop talking to me already.