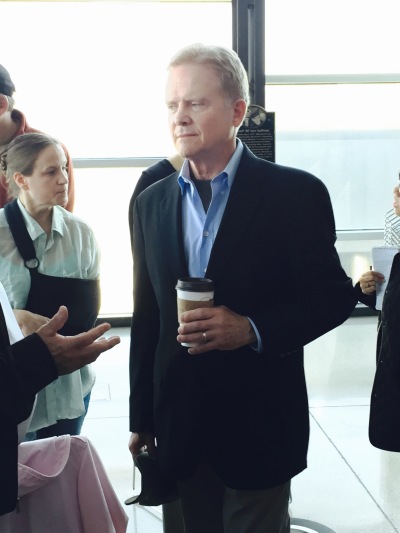 Jim Webb sits in a Waffle House diner in Richmond, trying to decide whether to order hashbrowns or to splurge and buy a steak. In the back of his mind, he wonders how he’s going to be able to burn off the excess calories from the meal, but right now he’s trying to enjoy himself.

The waitress walks up, pacing somberly. Jim knows something’s up. But he’s trying to enjoy himself, so he brushes it off his mind. She takes out a pad and paper. “What’s your number?” She asks, instead of asking for his order. Jim wonders what this could mean, but he doesn’t want to know.

“I’ll have hashbrowns, smothered,” he says. The disappointment is evident on her face.

“Is your number, by any chance,” she begins. “(555)-413-1025? Possibly?” Jim is caught by surprise. He doesn’t know how this waitress could know his phone number. He nods out of pure astonishment. She’s right. The waitress writes some information down on her notepad. He can’t see what it is, but it is much more detail than simply smothered hashbrowns.

She leaves and doesn’t come back. He doesn’t see her again and he doesn’t see his hashbrowns, either. Jim tries to keep the negativity out of his head, to brush it away. It’s not important.

Ring ring ring, goes his phone. He picks it up and the number is restricted. He knows he has little choice but to answer it at this stage. “Hello?”

“It’s me, Jim,” the voice on the other end says. He knows it’s Senator Lindsey Graham, and Lindsey takes no efforts to disguise this fact. “How are you doing, friend?”

“No need for clichés at a time like this, you know,” Lindsey says. Jim can hear a bit of soft laughter at the other end of the line. “I just wanted to… disappoint you a little.”

“You’re going to have to be a little more clear with me, or we aren’t going to enjoy the rest of this conversation, either of us.”

“Okay then. I was just being a josh for a moment. Jim: you’re about to be bombarded by the rest of your life. Prepare to take cover. And by that I mean, your enemy is coming, and your army is far away.”

Jim grows apprehensive in a way he has not yet shown. He pushed this idea out of his mind for so long that he never thought it could ever be possible, let alone actually happen. “The war is… on?”

“I tried to prevent it, but it was too late. War is here.” And with that, Lindsey is gone. And Jim is alone again, still without his hashbrowns. He knows Lindsey lied about trying to prevent it; at the most, he loafed around lightly, pretending like he cared about saving the country. But Jim doubts he did even that.

Jim stands up on the table in his booth and shouts to the entire restaurant. “Hey!” He shouts. Everyone looks at him with curious or contemplative faces. They feel like they should know who Jim is, but they don’t, not yet, and possibly not ever. But he continues. “I just learned a dire fact. We’re about to go to war. Please evacuate, or arm yourselves. I don’t want this and I know neither do any of you, but it’s unpreventable. He’s almost here.”

Almost the moment he says this, a giant hulking mass of chrome bursts through the window to the Waffle House. One of the waitresses screams in anguish about the destroyed property. Jim dodges the glass shrapnel flying at him, and ducks underneath his booth. He looks at what just entered, and he sees him–

William T. Sherman. The T. stands for Titanium, because this Sherman is a death-robot.

Jim stands up and fiercely points at Sherman. “You there. You don’t know who you’re facing. We’ve grown strong in the last century and a half. General Lee is gone, but our spirit remains strong. And you’re more machine than man by now. You can’t beat us.”

The robotic Sherman responds not with words, but with a laser beam shot from his mouth, disintegrating several patrons and the man standing at the cashier. Jim ducks and avoids the blast, but he is unable to save the hand that he had pointed at the mechanical beast, and it disappears in a wisp of atoms.

Jim does not scream, despite his pain. Rather, he puts it out of his mind and continues to fight. Jim was a soldier. He knows how to fight. Sherman doesn’t understand the hell he’s about to go through.

“Look here!” Jim shouts as he jumps at Sherman, who turns in a moment of surprise. “You don’t know who you’re facing!” With one mighty blow from his fists of iron, the monster of circuits is dismantled, his parts collapsing onto the ground. The people crowd around Jim in both fear and happiness. They cheer and lift him up like a hero. But out of the corner of his eye he sees the deli across the street, burning in flames– and sixty more Sherman robots rampaging around the town.

At this moment, Jim Webb realizes that there is little he can do. War is not won with one victory, but it can be lost with one defeat, and that defeat seemed to be coming quickly. But he tenses up and readies himself for the coming onslaught.